Simon Hrycyszyn (Richardson) runs the oldest motorcycle dealership in Tasmania and possibly the oldest Harley-Davidson Dealership in Australia that hasn’t changed hands, starting in 1978. 1995 saw the building of the premises as they are today with the majority of the building materials being recycled. 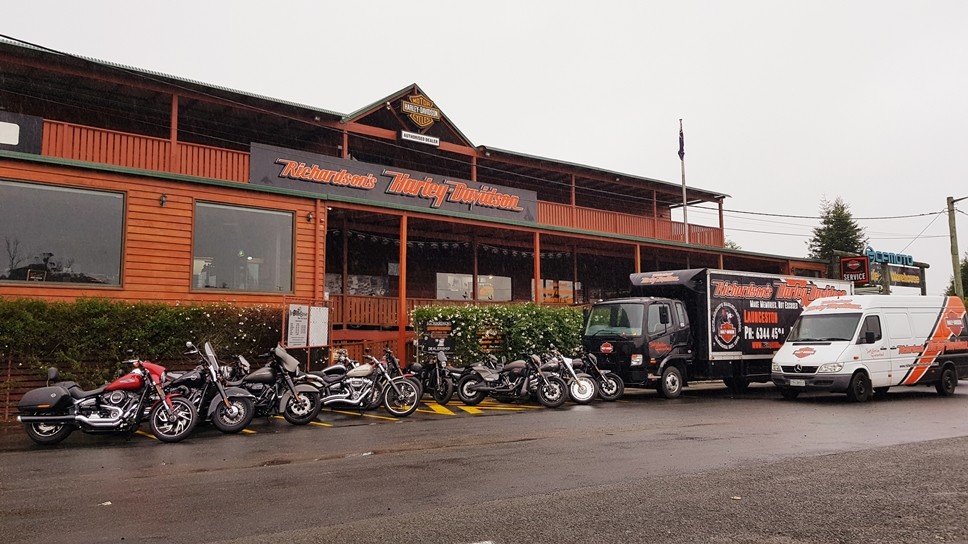 Beginning simply beneath his father’s house in West Launceston, Tasmania, in 1973 as a motorcycle repair business, Simon then expanded to his current location in a single shed in 1975. This 3/4 of an acre of land, with an old condemned house, he purchased for $4000. He renovated the house lived in it for 10 years. 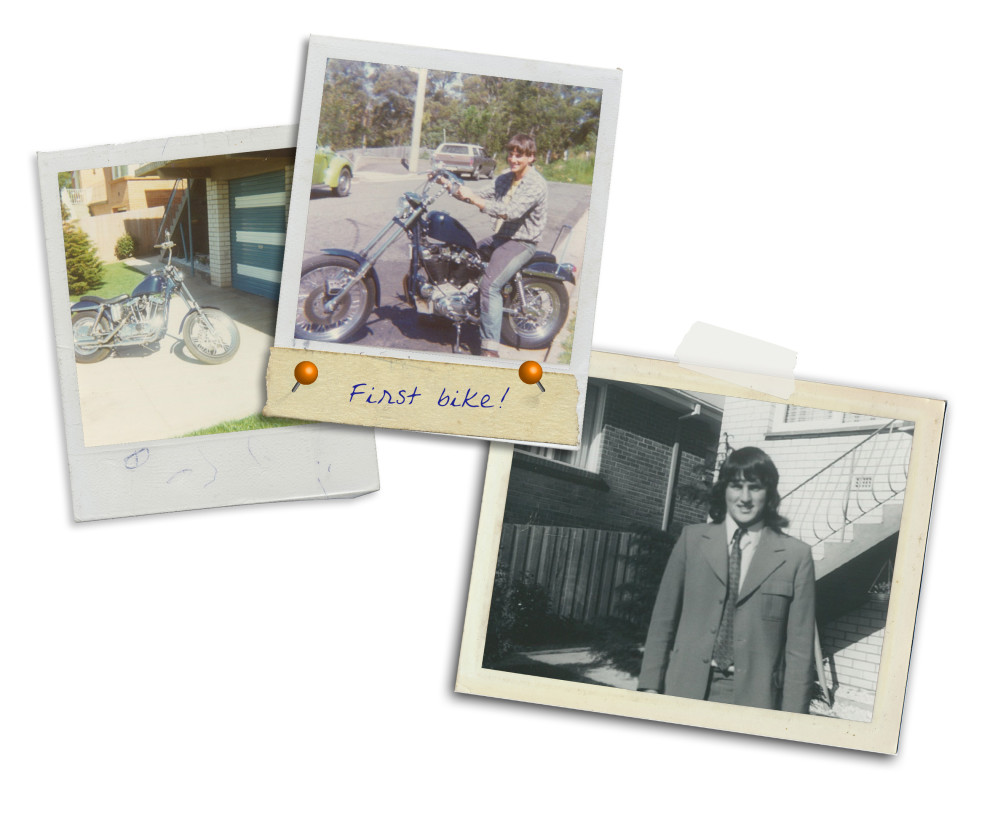 The store is approximately 5 kilometres from the city centre of Launceston. The tin shed was built by Simon’s dad, brothers, and friends and of course, Simon. His dad is Ukrainian and his mother German. His dad is great with his hands and really taught Simon how to work and save. 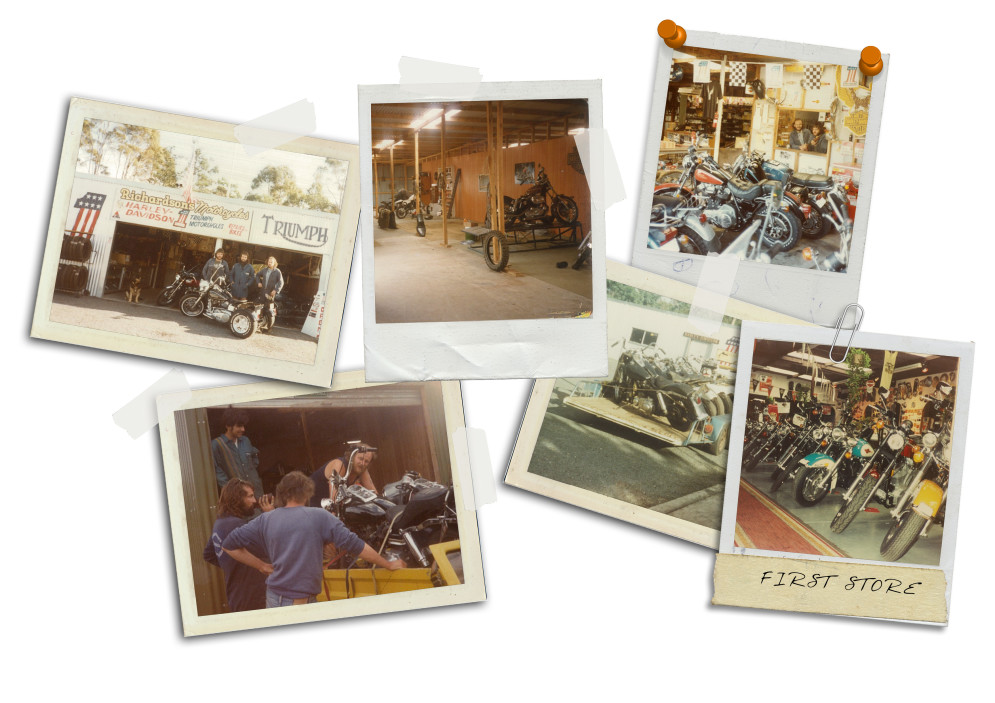 The construction period of around 20 months saw 2 builders and 10 labourers (including Simon) use 235 litres of timber stain and varnish, along with over 60,000 nails, and 200 tons of 7 different timbers used. Come to think of it, just about everything was recycled from strange places, like the counters and doorsteps which came from old banks, shelving in the pre-owned parts section was built from Harley Davidson bike crates, flooring was built from telegraph poles, structural beams from wharf pylons – the list goes on and on. Simon was (is!) a hoarder of old things and has a knack of being able to turn junk into usable materials. 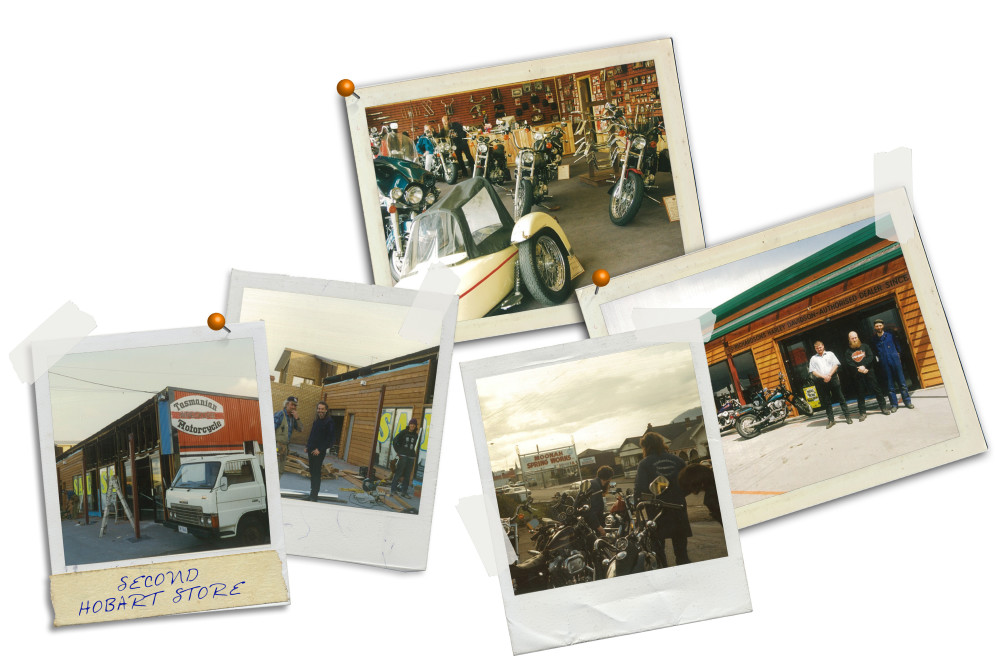 In November 1978 Simon was appointed Harley-Davidson® Dealer for Tasmania and sold his first new Harley-Davidson®, a 1979 XLCH Sportster. Richardson’s Motorcycles, as it was known then, expanded adding three more tin sheds, all built the same way. 1995 saw Richardson’s Harley-Davidson® expand again into the existing designer store. The building itself is a recycled vegetable shed which was relocated to its present site from another part of the city. It was a huge job, second-hand materials were recycled from far and near, such as the second floor (this houses the museum of motorcycles and motor memorabilia) which is made from wharf pylons consisting of a rare, rot-resistant timber called Turpentine. The timber had been in the ocean since 1921, supporting the Burnie Wharf in Tasmania’s North West. 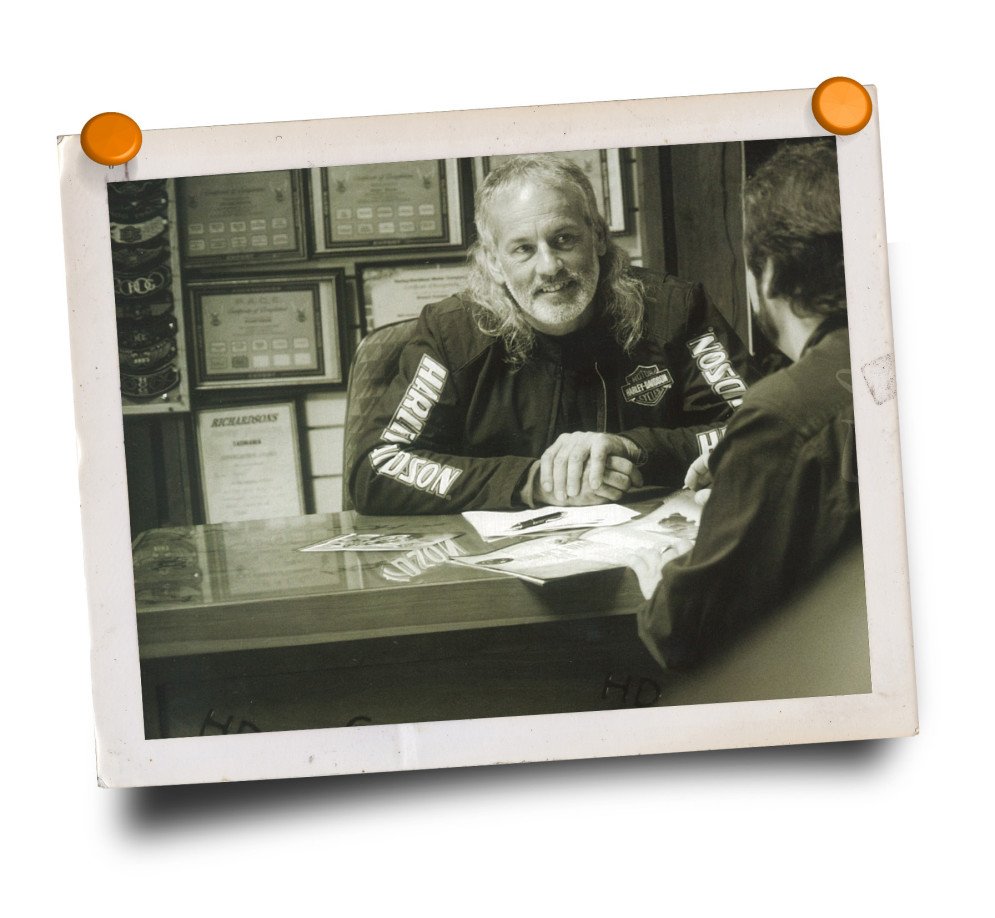 The Richardson’s Harley-Davidson® Museum is dedicated to motorcycling history and is a must-visit for any enthusiast. It is located at our Launceston Dealership, and is open Monday to Saturday. 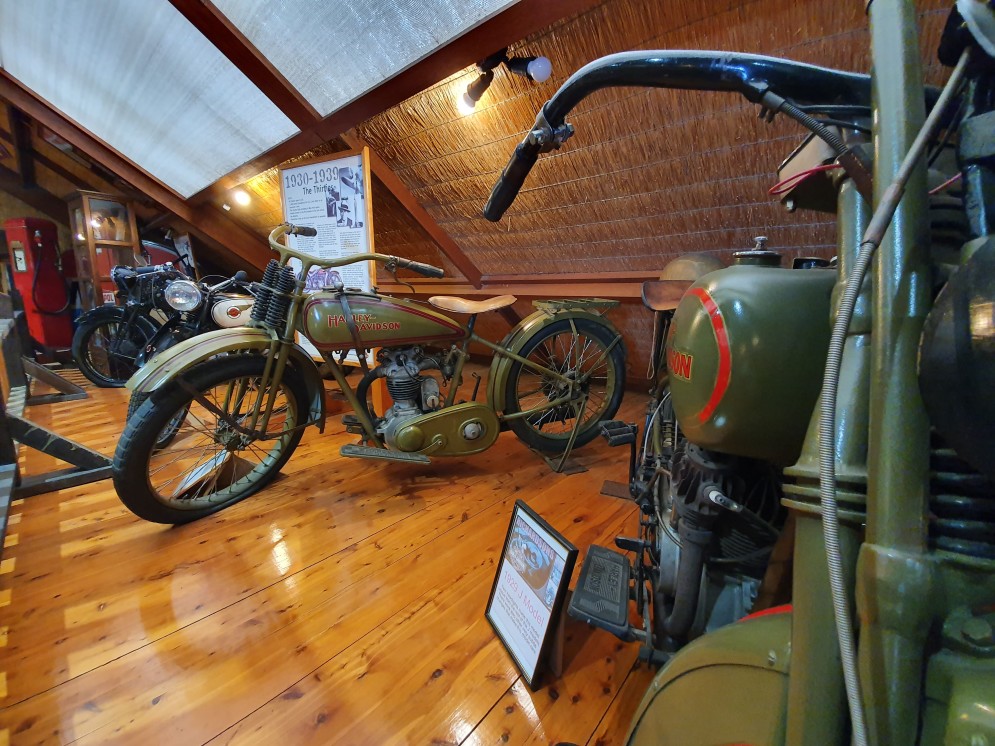 The museum is set out in decades with history-boards to follow the life of the Harley-Davidson® family and business and contains a 1900s A6 Flannery-Harley-Gallion Co. pushbike, one of only a few examples left in the world as well as a 1940 Ex-Army Indian Scout and replica garage set out. In the growing museum you will find some rare treasures from the glory days including an early 1900’s pedal bike with a plate that reads ‘A.G. FLANNERY-HARLEY-GALLION – an extremely rare piece, a 1940 Indian Scout Ex-Army, two J model Harley-Davidson® Motorcycles and more.

Admission is a gold coin donation, with all proceeds going to the Tasmanian Devil Fund. 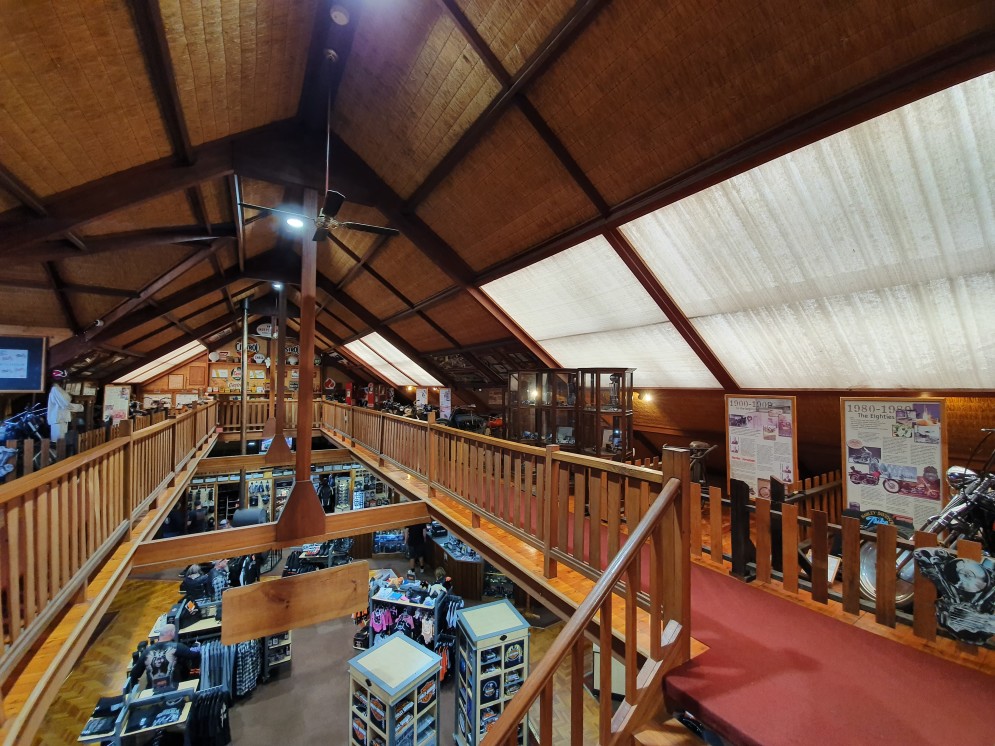 Also on the same site is the House of Motorcycles which sells Yamaha, Royal Enfield, Triumph, Benelli, MV Augusta, plus an amazing range of Parts Accessories and Merchandise. We also have the largest range of pre-loved Motorcycle parts in Tasmania.

Richardson’s Harley-Davidson® Tasmania, Australia is a family business and now takes up the whole 3/4 of an acre. Simon has 7 children, some of whom help out in the Store. He, along with Merilyn and the rest of the team are helping us make Richardson’s Australia’s No. 1 Dealership (and the World’s next!).
Contact Us Today!